Pärnu, Estonia’s summer capital, is tucked within a huge natural harbour on the Baltic country's southern coast. Mysteriously unknown to British holiday-makers but a firm favourite with the Finns (and, once upon a time, violinist David Oistrakh and composer Dmitri Shostakovich), the city boasts pristine white beaches with a gloriously safe, swimmable patch of sea, a delightful mix of old and new architecture, lush wooded spaces, superb restaurants and more spas than you could shake a stick at. Oh, and a truly wonderful music festival that’s starting at last to make a name for itself outside Estonia.

Where would you go to hear the most electrifying and collegial orchestral playing in the world? It used to be Lucerne while Claudio Abbado was alive. Now that the Lucerne Festival Orchestra has become like any classy superband, the answer is Pärnu in the south of Estonia. … The jewel in the Pärnu festival crown is the heady mix of top western and Estonian players in what after five years has now become the Estonian Festival Orchestra ... I have never, anywhere, heard an orchestral unison that bore through the body like this one at the start (of Shostakovich’s Sixth Symphony). Climaxes raised the roof, but precisely; the maverick structure whereby two far from light scherzos follow one long slow movement struck home.

With the Pärnu Music Festival Paavo Järvi creates competition for Europe and, from 2017, he will start to export a part of it. This is bound to cause a stir on the European festival scene.

This is highly concentrated music making (from the Estonian Festival Orchestra), where all the details are worked out: the ping pong of accents between violins and horns, antiphons between the woodwind groups, targeted focus curves in the second violins. Nothing is sweeping, nothing sleepy and nothing washed away.

As Iván Fischer did with the Budapest Festival Orchestra and Claudio Abbado with the Lucerne Festival Orchestra, Paavo Järvi has also chosen the best musicians from orchestras around the world with which he has worked … Järvi could go into open competition with Lucerne and Verbier. For this purpose he could have extended – even expanded - the festival time and programme in Pärnu with more courses and concerts. But he does not want this … "I need this week for high concentration in Pärnu. I have experienced so many festivals that have been seduced by their success to increase their growth. They continue to produce good music, but their character is lost. "

Paavo Järvi is swiftly bringing the Festival Orchestra into great shape, conducting Haydn with eloquent temperament and Shostakovich with burning intensity; the fabulous orchestra is seated on the edge of their seats and spreads infectious enthusiasm … In Pärnu, the special charm of the festival's musical intoxication is the co-existence of international top-class and young musicians, from the unpretentious approachability of the stars and the enthusiastic echo it creates, which is felt in both the concerts and open rehearsals …

There isn’t a hint of a hothouse environment on stage – these are simply musicians having the time of their lives, no small thanks to the inspiring Paavo Järvi himself.

What many festivals dream of achieving is here self-evident. After the concerts everyone gets together – enthusiastic musicians and public alike – and, whilst no pub in the world could fit such a large crowd, the Passion Café in the heart of the old town is packed both inside and out till long after midnight creating a friendly, low key festival hub.

The central mentors of the festival are Neeme and Paavo Järvi, father and son. The Järvi Academy offers conducting masterclasses to students from around the world and the Estonian Festival Orchestra, a new first class ensemble, brings together professional musicians from the whole of Europe and top players from Estonia, creating a musical entity which was received with standing ovations for their performances of Sibelius, Nielsen and Shostakovich: pure astonishment for this extraordinary collective music making … in an atmosphere of fun, openness and curiosity …

The festival lives up to it’s motto - “Here in Pärnu we simply live around the clock.”

The week-long music festival run by Paavo Järvi in the idyllic seaside town of Pärnu is a symbol of its country’s highest cultural ties with the best of the rest of Europe … The world-class calibre of the Estonian Festival Orchestra, took me by surprise … The result begged comparison with the elasticity of Abbado’s concerts with the Lucerne Festival Orchestra, which is as good as it can get.

With one half composed from Estonian musicians and the other from from artists Paavo met during his successful conducting career, the festival’s orchestra is now ready to take flight and start touring Europe.

“Musica” Euronews
Posted by Primavera at 7:54 AM No comments: 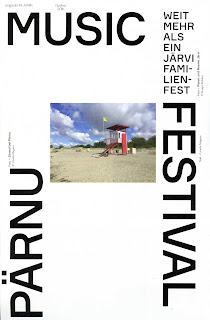 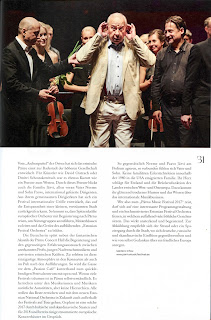 Posted by Primavera at 8:26 AM No comments: 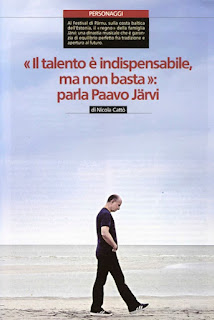 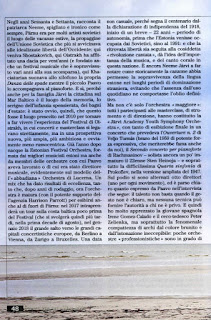 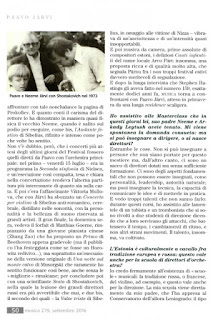 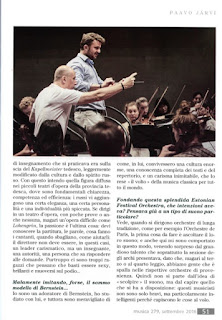 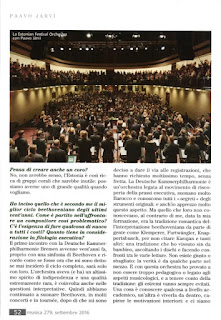 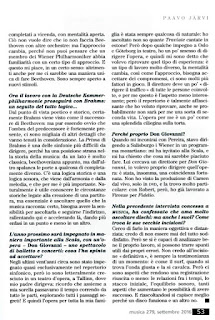 Posted by Primavera at 3:05 AM No comments: 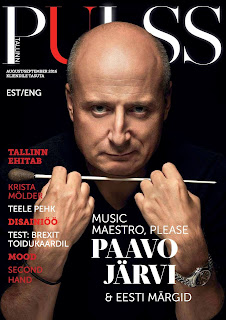 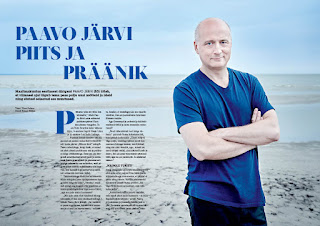 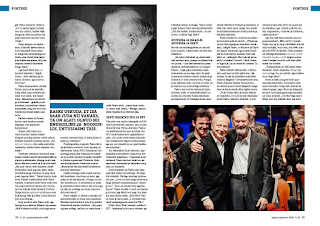 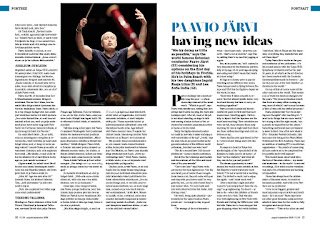 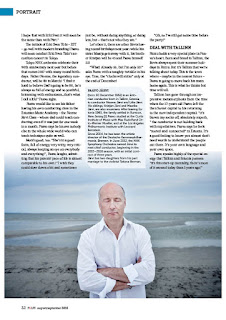 Pulss
Tõnu Pedaru
August-september 2016
Posted by Primavera at 3:59 AM No comments: