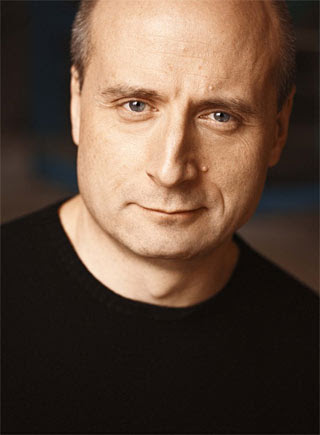 http://www.altamusica.com/concerts/document.php?action=MoreDocument&DocRef=5534&DossierRef=5084
Posted by Primavera at 6:57 AM No comments: 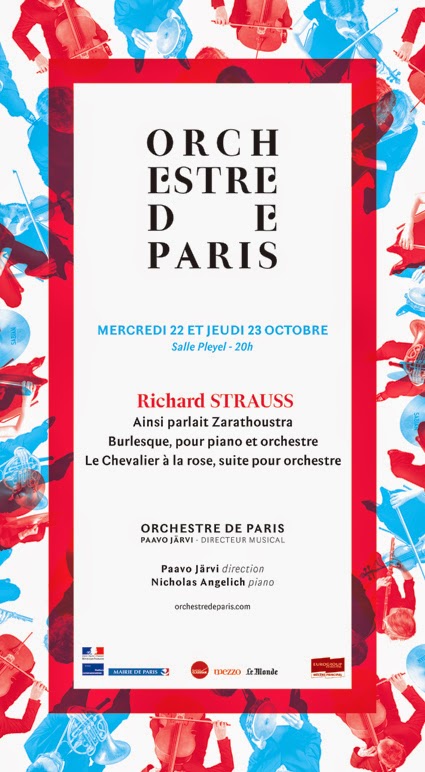 Posted by Primavera at 4:10 AM No comments: 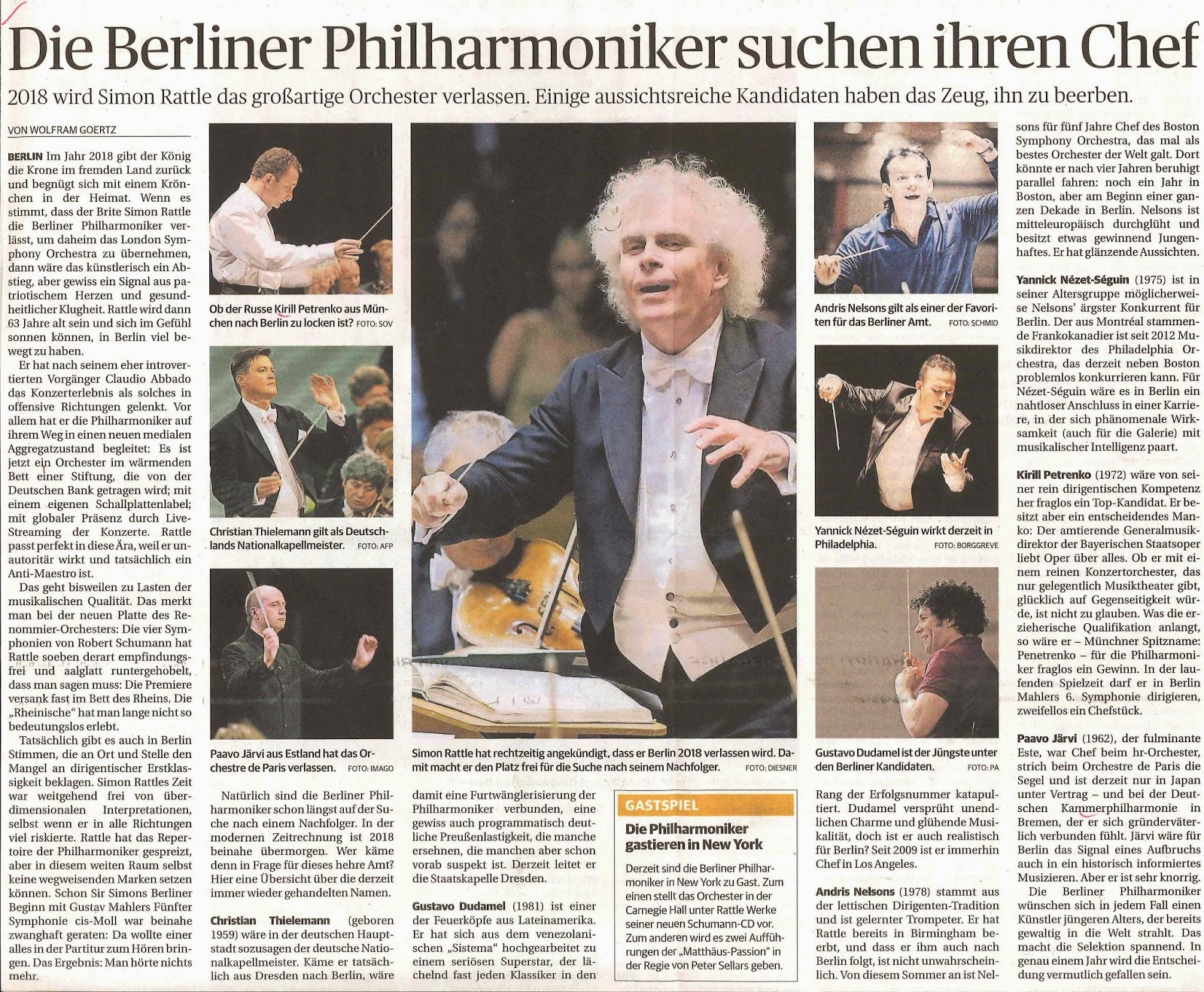 Posted by Primavera at 4:09 AM No comments: 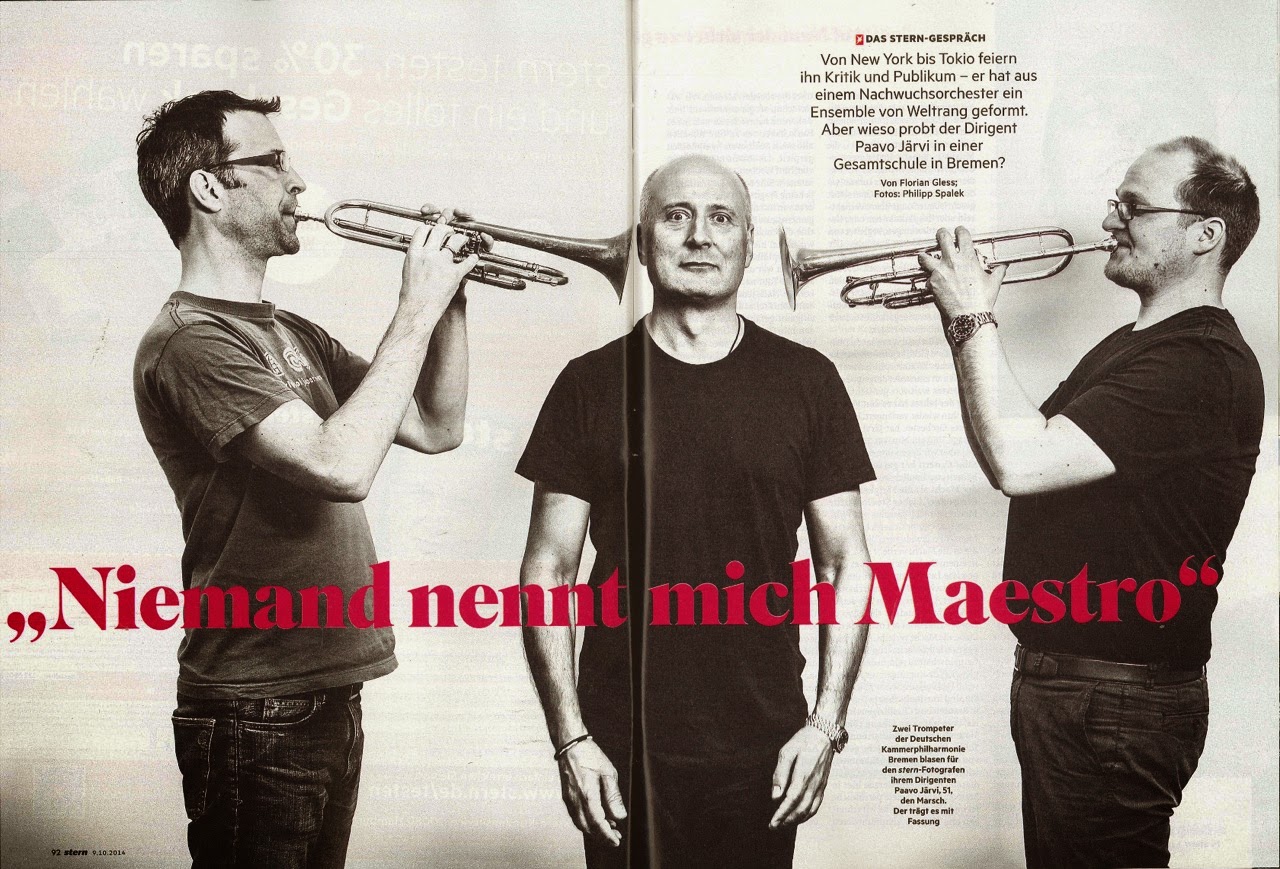 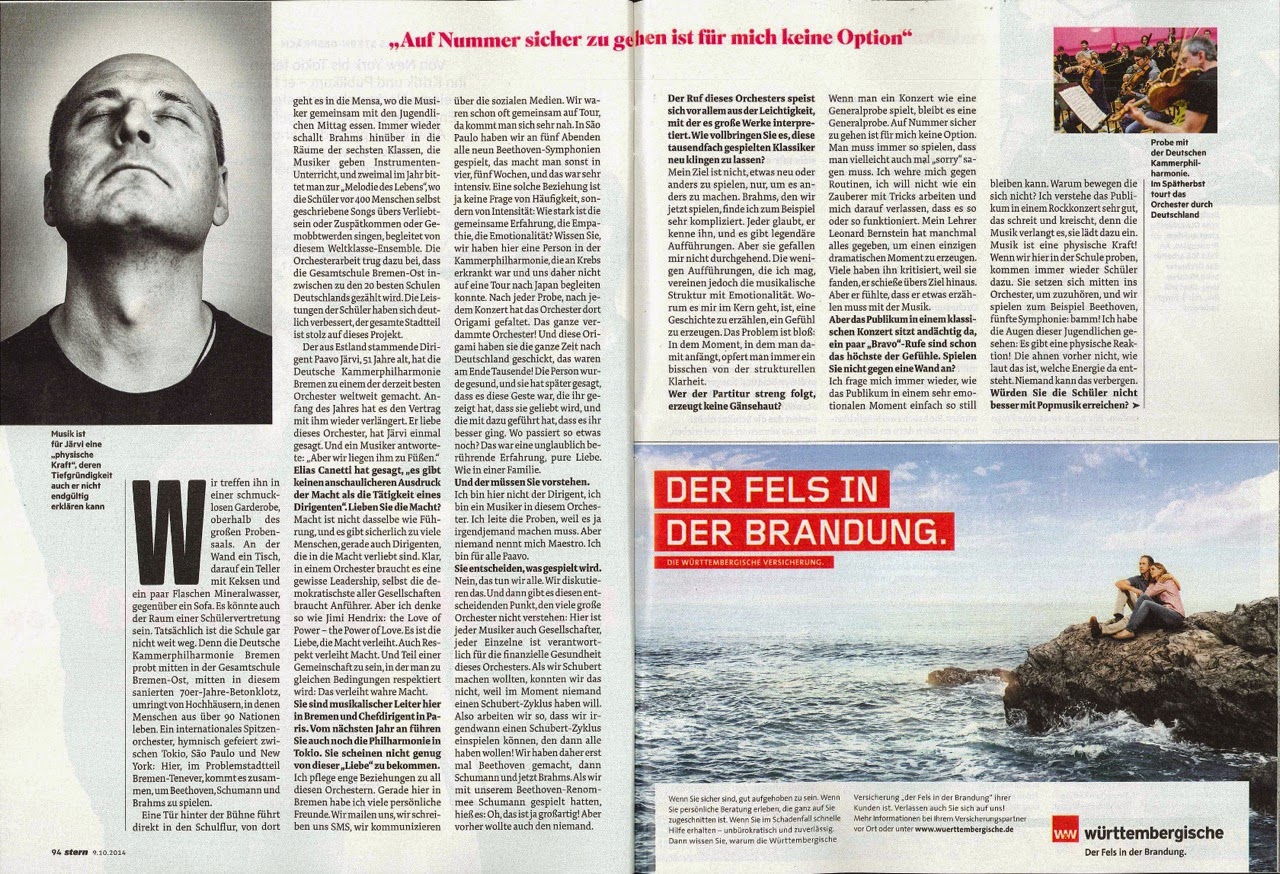 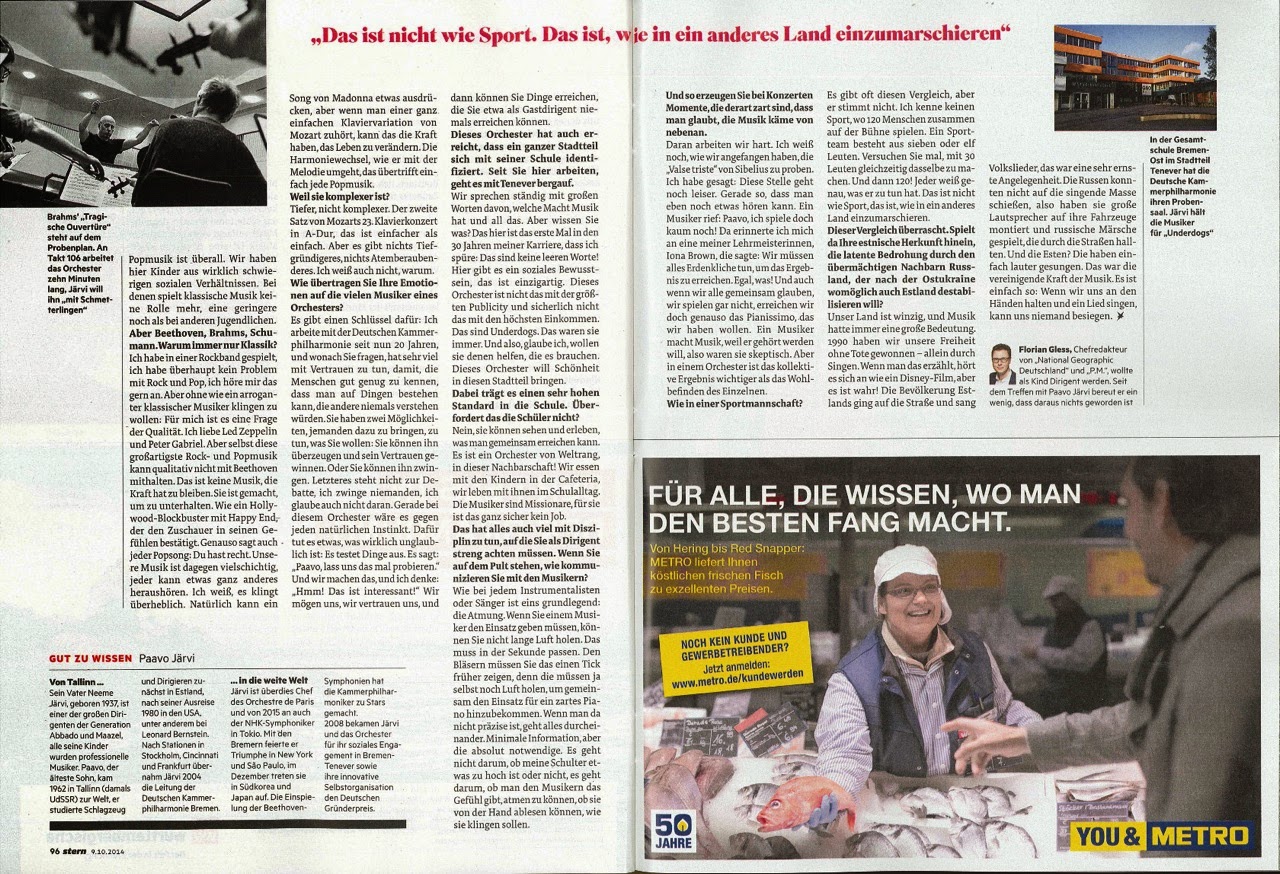 Stern
Florian Gless
Okt 2014
Posted by Primavera at 9:48 AM No comments: 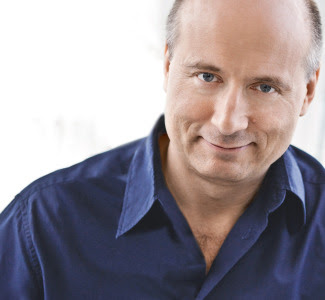 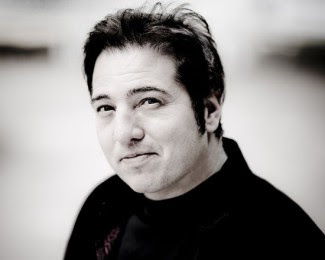 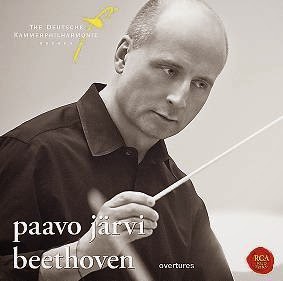 http://m.tagesspiegel.de/kultur/klassik-cd-der-woche-deutsche-kammerphilharmonie-bremen-das-flehen-der-roemerinnen/10828190.html
Posted by Primavera at 6:08 AM No comments:

http://www.rp-online.de/kultur/die-berliner-philharmoniker-suchen-ihren-chef-aid-1.4578244
Posted by Primavera at 6:05 AM No comments:

A new documentary follows Paavo Jarvi, Lang Lang, Joshua Bell, other stars behind the scenes.A new documentary, "Maestro" by Cincinnati-based filmmaker David Donnelly,
follows Paavo Järvi, pianist Lang Lang, violinists Joshua Bell and Hilary Hahn and other stars over the course of two years as they perform to sold-out halls across the globe. The trailer shows some of the drama and also loneliness that happens at the top, and behind the scenes in the music world.
The documentary – narrowed from 200 hours of footage down to 90 minutes – has multiple Cincinnati scenes, including Music Hall, as well as the international stages Järvi performs on with his orchestras of Bremen (Deutsche Kammerphilharmonie), Frankfurt and Paris. It includes footage of a tour to Japan, as well as a European tour.
Donnelly, 33, a native Northern Kentuckian, has spent the last three years directing "Maestro." The film was produced by Luke McIntosh, a college friend of Donnelly's, and Ford D'Aprix. The camera travels around the world with Järvi, music director laureate of the Cincinnati Symphony Orchestra, as he performs with stars Lang Lang, Bell, Hahn and Pekka Kuusisto, and orchestras in Frankfurt, Bremen, Paris and Tokyo.
The documentary is nearly ready for release. This week, Donnelly hopes to finalize the last piece of fundraising through a Kickstarter campaign. 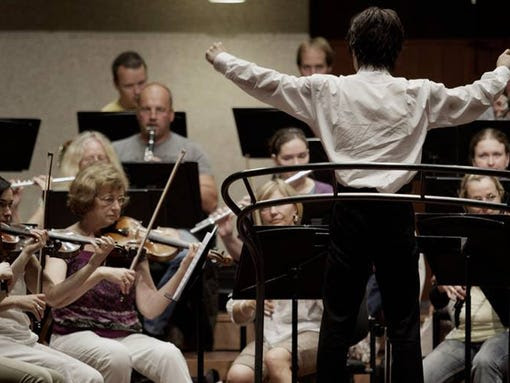 Paavo Jarvi leading a master class in Estonia(Photo: Provided)
Although he's worked extensively in Hollywood, "Maestro" is Donnelly's feature length film debut. Here are some stills from the film, and comments in his own words:
"About five years ago, I was living in the same building that Paavo was. We became friends, and he asked me to come to classical music concerts. Initially I wasn't too interested in it. But he's very persuasive. I started going to concerts and became a fan. I was lucky, because he would tell me the story behind the pieces, and when I would go to the concerts, the story and the narrative was already in place.
"A few instances made a strong impact; I started inviting friends and realized how hard it was to get his peers to go. Everyone has misconceptions about the concert experience. A lot of young people don't consider that the way to spend a Friday night. 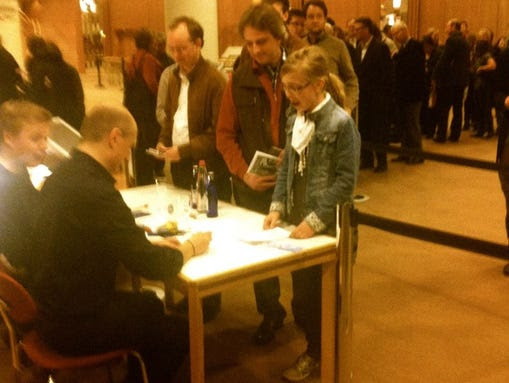 Paavo Jarvi signing autographs(Photo: Provided/Maestro)
"It was the single greatest challenge of my life but also the greatest blessing. Mostly it was me and my cinematographer (CCM e-media grad) Heath Saunders. I traveled the world with some of the most brilliant musicians alive. I had an eye-opening experience with the shoot itself. But getting the film finished, with all the technicalities involved – whether it's synching the sound – a nightmare if you have multiple cameras and people moving at lightning speeds. A big challenge for us is that classical musicians don't want to appear vulnerable. It took a lot of persuasion to allow us to show rehearsals – when they're in blue jeans, without makeup.
"Hilary Hahn -- we filmed her in Tokyo. Paavo is huge in Japan, and he's going to be head of the NHK Symphony. People were waiting in line for 2/12 hours to get his autograph. It's amazing how much they love him there.
"The story is the journey to the stage. I wanted to show a larger audience how much classical musicians at this level are like professional athletes. There are a lot of parallels, like the pre-game kind of feeling of getting ready for a big concert, the discipline that's required, the pressure that starts to build, because you're going to be on a world stage, the slim margin of error. The amount of practice – they practice their whole lives. Hopefully, it will resonate with people who appreciate professional sports. 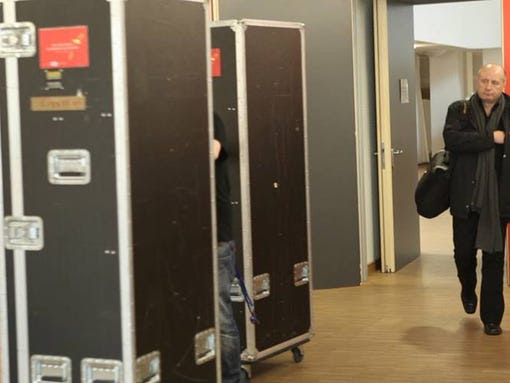 Paavo Jarvi backstage with instrument crates(Photo: Provided)
"We definitely show the nerves. The opening of the film is the two minutes before Paavo is opening the season at Orchestre de Paris. He gets a knock on the door, and it's, 'OK, we're ready.' There are 3,000 people waiting downstairs. And the French minister of culture is in the crowd, and he determines how much money the orchestra gets. There are lots of moving parts."
Visit the Kickstarter page to see how to get a DVD, sponsor a school screening or attend the gala premiere, slated for Jan. 10 in Philadelphia. 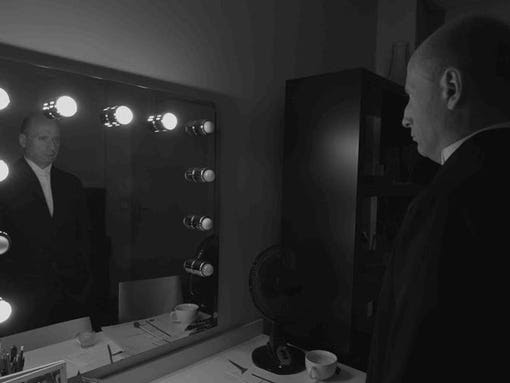 Waiting to go onstage(Photo: Provided)
http://www.cincinnati.com/story/entertainment/arts/2014/10/06/maestro-orchestras-cso-paavo-jrvi-lang-lang-joshua-bell-hilary-hahn/16668331/
Posted by Primavera at 9:21 AM No comments: 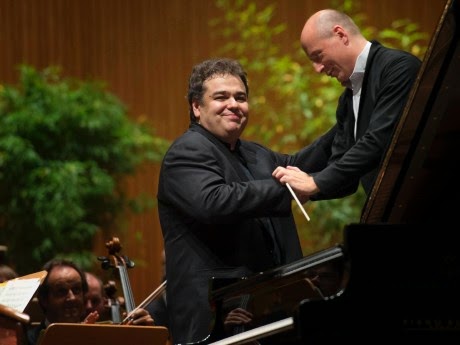 Posted by Primavera at 9:16 AM No comments:

http://www.baltictimes.com/news/articles/35646/#.VC6Eb1fLbbx
Posted by Primavera at 7:14 AM No comments: