Posted by Primavera at 7:48 AM No comments: 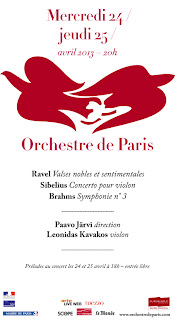 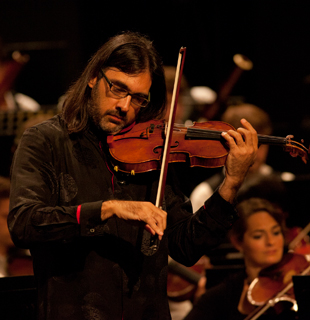 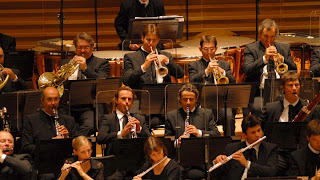 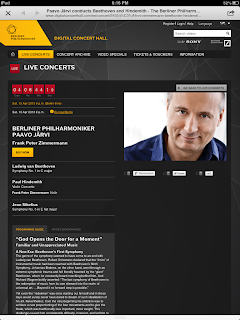 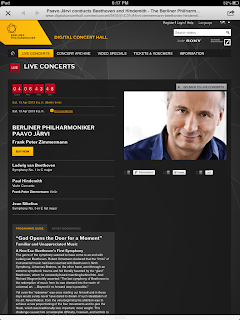 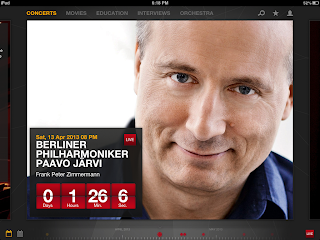 Posted by Primavera at 6:42 AM No comments: 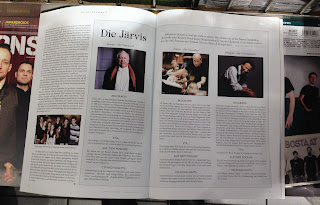 Posted by Primavera at 6:38 AM No comments: 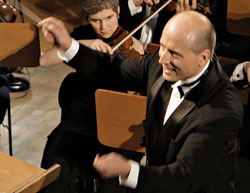 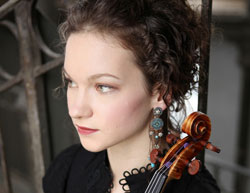 Posted by Primavera at 12:47 PM No comments:


The Järvi International Summer Academy for Conductors is a unique blend of substance, venue and just plain excellence. The 2013 Academy, which takes place July 12-24 in idyllic Pärnu, Estonia, will bring together conductors from all over the world to work with a trio of world-renowned maestros, headed by Academy namesake, Neeme Järvi.
Sharing teaching duties with Järvi will be his son Paavo Järvi and Leonid Grin.
Initiated in 2000, the Järvi Academy is held simultaneously with the International Pärnu Music Festival, which will bring an array of guest artists to Estonia’s picture book “summer capital” on the Baltic, July 16-23. They will include the hand-picked Pärnu Festival Orchestra, which comprises players from leading orchestras in Europe and elsewhere, many of whom will offer master classes during the festival.

Featured artist for the 2013 Festival is violinist Hilary Hahn. Also participating will be violinists Tatiana Berman, Anna-Liisa Bezrodny, Florian Donderer and Arvo Leibur, violist Mikhail Zemtsov, cellist Teet Järvi, flutist Maarika Järvi, bassoonist Martin Kuuskmann and pianist Vardo Rumessen, among many others. Conductor Kristjan Järvi (Jarvi’s younger son) will open the Festival with the Baltic Youth Philharmonic Orchestra July 16. Fifteen conductors will be selected to participate in the Summer Academy. They will work on prescribed repertoire with the Järvi Academy Chamber Orchestra and the Estonian National Youth Symphony Orchestra. Students will conduct three concerts as part of the Pärnu Festival, including the final concert July 23 with Neeme Järvi. Repertoire this year includes the Symphony No. 2 by Schubert, Prokofiev’s Symphony No. 1 (“Classical”), Poulenc’s Sinfonietta, Concerto for Bassoon by Christopher Theofanidis, Concerto for Double Bass and Orchestra by Eduard Tubin, Weber's “Jubel” Overture and Rachmaninov’s Symphony No. 2.


Festival concerts take place in Pärnu Concert Hall, a gem-like, acoustically fine structure on the banks of the Pärnu River, and in local churches and manor houses. For relaxation, students have easy access to Pärnu’s immaculate white-sand beach and numerous health spas and resort facilities.
To apply, visit http://www.jarviacademy.ee/en/jaervi-summer-academy. Deadline is April 15. Successful applicants will be notified via e-mail by May 1.
For further information about the Järvi Summer Academy, visit www.jarviacademy.ee.
For more about the International Pärnu Music Festival, see http://www.parnumusicfestival.ee/
An article about both may be found at http://www.musicincincinnati.com/site/news_2011/Estonia_s_J_rvi_Festival_Promises_Big_Future.html
http://www.musicincincinnati.com/site/news/J_rvi_Conducting_Academy_in_Unique_Festival_Setting.html

Posted by Primavera at 9:55 AM No comments:

Nationalism is in the air this afternoon as we travel first to Finland for Sibelius’s indelible Karelia Suite, which had its first informal performance as part of a musical presentation given by a student’s union! Then it’s off to Norway for Grieg’s immortal Piano Concerto, a work so famous that comedian Eric Morecambe had a go at performing it, apparently playing 'all the right notes, but not necessarily in the right order.' Finally, we head south to Czechoslovakia and Dvořák’s most dramatically imposing symphony, one that he passionately declared had been inspired by ‘God, love and the Motherland’ and rightly predicted would ‘shake the world.’

http://www.philharmonia.co.uk/concerts/07apr13/
Posted by Primavera at 9:51 AM No comments:

Classical music in Bristol: Philharmonia/Jarvi/Batiashvili at the Colston Hall on Wednesday, April 3

The great violinist Bronislaw Huberman described the Brahms Violin Concerto as "a contest for violin against orchestra – and the violin wins". That's an outcome never in doubt when the soloist is the formidably equipped Lisa Batiashvili.
Mind you, it's a wonder there's enough of her to go round given the number of residencies she's holding down this season – from "Capell-Virtuosin" with the venerable Dresden Staatskapelle to Artist-in-Residence with Cologne-based West German Radio Symphony Orchestra; and she's busy forging fruitful relationships with the likes of Barenboim and Dudamel.

Hot on the heels of her recent DG release of the Brahms Violin Concerto, she plays the work live in a Bristol re-match for the Philharmonia. At the helm is Grammy-winning Paavo Jarvi who frames the Brahms with Haydn's "Reine" Symphony – a Marie Antoinette favourite, hence the name – and Sibelius' seductive Symphony No. 1. Batiashvili, incidentally, plays the Strad once owned by Joseph Joachim for whom Brahms wrote his gypsy-crowned concerto, so, in a sense, the concerto's coming home.
Philharmonia / Jarvi / Batiashvili Wednesday, April 3. Colston Hall, Colston St, Bristol, 7.30pm, £15-£31/under 26s £8/under 18s £1. 0117 922 3686 www.colstonhall.org.
http://www.thisisbristol.co.uk/Classical-music-Bristol-Philharmonia-Jarvi/story-18555401-detail/story.html#axzz2PG92v4Fg

Posted by Primavera at 12:10 PM No comments:

The audience is almost kind of a family