A telling litmus test for performances of the Rhenish is the gently flowing, song-like third movement (marked simply Nicht schnell), which sorts out those who prefer to underline the lyrical aspects of Schumann’s writing from those who don’t. Paavo Järvi evidently does: he starts lightly and breezily, and when he reaches the tripping second subject for strings, gently accelerates. Fabio Luisi (with the Vienna SO) has a similar notion, though he makes more of a meal of the tempo-shift, whereas neither Norrington (with the Stuttgart RSO) nor Dausgaard (with the Swedish CO) alter the pulse. Theirs are energetic performances, prioritising clarity in music that is too often (wrongly) accused of sounding overly stodgy.

Järvi is always animated and alert to the music’s expressive potential: he achieves the best of both worlds. His tempi are swift but never rushed; he runs the cursor along significant inner voices (these are extremely transparent readings), and his judgement of key musical transitions attests to genuine musical intuition. He doesn’t baulk at making some fairly unconventional interpretative decisions: in the Scherzo of the First Symphony, for example, he doubles the tempo for the first Trio and takes the second ‘in tempo’, which works beautifully. Järvi allows the same work’s Larghetto to sing unaffectedly and the Rhenish’s ‘cathedral’ fourth movement is imposing without sounding portentous. The resourceful Deutsche Kammerphilharmonie Bremen is evidently manned by players who listen very closely to one another (these performances are rather like ‘chamber music writ large’), and the sound is superbly balanced. So, an unreserved recommendation.

http://www.gramophone.co.uk/feature/the-best-schumann-recordings-of-the-last-five-years
Posted by Primavera at 6:12 AM No comments:

The French violinist Renaud Capuçon, who celebrates his 40th birthday on Wednesday, already has a formidable discography that attests not only to his virtuosity and warm, ingratiating tone, but also to his wide range of musical sympathies both in concertos, and chamber music.

This celebratory album winningly combines the familiar and the unfamiliar, and offers a snapshot of classical music between 1868 and 1878, when these three pieces were premiered.

Obviously the Bruch Concerto is incredibly well known, but it comes up fresh as paint here, with a particularly effective, fleet footed finale.

Edouard Lalo’s Symphonie Espagnole is shamefully neglected. Its five movements are beautifully laid out for violin and orchestra, and each one contains a memorable melody. It was premiered in 1874 by the Spanish virtuoso Pablo de Sarasate, so it was a charming idea to complete this exceptional album with Sarasate’s Zigeunerweisen, a memorable ramble through Hungarian gypsy themes.

In today’s programme from 7pm, I will be playing the first and third movements of the Bruch, and Zigeunerweisen - a feast for violin lovers.


http://www.classicfm.com/discover/album-reviews/capucon-violin-concerto-sixteen-deers-cry/#fPT07Gmj4xLP8fSr.97
Posted by Primavera at 6:05 AM No comments:

One of the finest symphony orchestras in the world, under the baton of its acclaimed Music Director Paavo Järvi, presents two sublime concerts. The first consists entirely of French music – Berlioz’s Le Corsaire Overture, Lalo’s Cello Concerto and Saint-Saëns’ Symphony No. 3 (Organ Symphony) – while the second features Tchaikovsky’s Violin Concerto and Sibelius’ Symphony No. 2.

‘Outstanding musical experiences have become customary with Paavo Järvi at the helm of the Orchestre de Paris.’ Diapason.

http://visitabudhabi.ae/en/see.and.do/leisure/events/orchestre.de.paris.aspx
Posted by Primavera at 6:02 AM No comments: 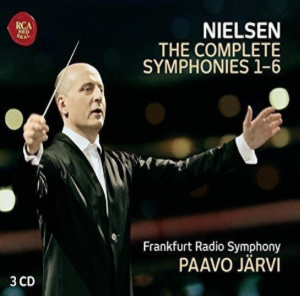 Nielsen’s 150th last year passed relatively unnoticed compared to Sibelius’s 150th, but Nielsen was a genuine symphonist of real stature, who, like Sibelius, met the symphonic challenge differently in each of his six symphonies. These recordings derive from Hess Radio recordings from 2009-2013, and are very sympathetically played and recorded under Paavo Jävi, one of today’s fastest rising conductors, despite being a dead ringer for Putin.

http://www.classicfm.com/discover/album-reviews/david-mellor-10-january-2016/#dSLqYbSypxTP6UJY.97
Posted by Primavera at 4:28 PM No comments: 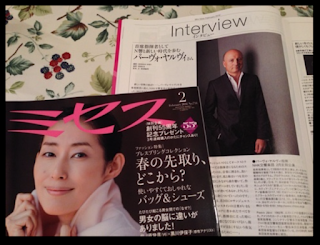 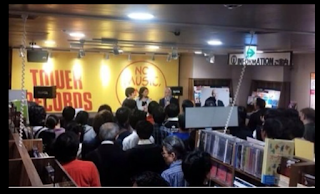 Paavo Jarvi embarks on a series of recordings dedicated to the composer’s orchestral oeuvre.

As part of the Serge Rachmaninov Foundation, conductor Paavo Jarvi undertook several recordings at the Salle Pleyel in Paris – 19-21 October 2011 and 27-28 March 2013 – “to preserve the cultural heritage of Villa Senar in Switzerland. . .and to bring the whole of his oeuvre. . .to public attention.”
The concert opens with the 1936 Symphony No. 3, in which Rachmaninov maintains – even in exile – his basic nostalgia for Mother Russia, while incorporating a new economy of means and sparser sonority than he had invested into his last orchestral works, dating from 1909. The modal threnody that dominates the first movement Lento – Allegro moderato – Allegro will reappear in various guises, typical of the composer’s tendency to cyclic form. The combined instruments occasionally splash passionately in rich colors, with touches from a Russian wedding song.  Conductor Jarvi has commented on his fondness for the Orchestre de Paris wind players, whom he credits for ability to project their individual personalities. The happy color mix comes to the fore in the Adagio movement, in which violin, French horn, harp, flute, bass clarinet, and celesta combine in effective palette. The color borders on the exotic, with touches of Tchaikovsky, Borodin, and Rimsky-Korsakov. The slow movement segues into Allegro vivace, a nervously skittish episode whose colors combine martial and balletic elements. An originally optimistic impulse drives the last movement forward – at least at first – with a dance motif that will evolve into a learned, extended fugato.  Yet, despite the energy, the folk-inspired rhythms, and nostalgic melos, the ubiquitous Dies Irae intrudes itself, like the Red Death in the Poe tale. Jarvi permits some sunlight to exorcise the shadows, but whether the last pages mean that Rachmaninov has found his imaginative El Dorado remains debatable.
Jarvi turns to the first of the early Rachmaninov compositions on this set, with the Caprice bohemian on Gypsy Themes from 1894. This Capriccio obviously means to pay homage to Tchaikovsky and Rimsky-Korsakov – and even Glinka – for their contributions to the orchestral celebration of native folk tunes. Relatively absent are the gypsy tunes – no Liszt influence here – but the dominant bassoon motif of G-F#-E in descending order dominates the evolution of the piece.  The flute announces the transition to the second section, in which the young composer’s native gift for melody emerges. A solo cello, flutes, and clarinets take us to the dance of the final section, a rather ceremonial Russian affair well within the Glinka model.  Suave string work, along with Jarvi’s favored winds and brass, provides us a sense that the composer did well to preserve this piece, which gave him misgivings.

The 1940 Symphonic Dances, dedicated to the Philadelphia Orchestra, was clearly meant to display that ensemble’s individual color capacities, and here the Orchestre de Paris rises to the occasion. The bluesy saxophone, in concert with gurgling winds of the opening Non allegro, raises the specter of Mother Russia, soon to suffer siege from National Socialist aggression. The piano, too, adds a degree of sentimental color, almost a swan song to the many wonderful collaborations Rachmaninov had created for that instrument. Its spirited, martial character, rife with orchestra battery and high flutes, makes a potent impression from this French orchestra. The second movement – Andante con moto. Tempo di valse – first had its persuasive beauty revealed to me by way of Sir Eugene Goossens and the London Symphony. Some have likened the diaphanous, swirling atmosphere of the opening bars to Ravel’s La Valse, another lament for a bygone sensibility. Violin leader Philippe Aiche makes his presence felt as he intones the lead-in to the oboe theme. The string legato certainly warrants just comparison with Ormandy’s fabulous Philadelphians. Credit the splendid, even acerbic, sound effects to Laure Casenave-Pere and Etienne Crossein, producer and engineer, respectively. The final movement combines Rachmaninov’s gloomy, liturgical romanticism with his martial, even aggressive embrace of mortality, in his persistent embrace of the Dies Irae in brilliant brass flourishes. If ever Poe had a musical equivalent, Rachmaninov provided that alter ego.

The remaining pair of pieces – The Rock and the Vocalise – allow Jarvi to address the literary and purely lyric aspects of Rachmaninov’s art. The 1894 tone-poem, dedicated to Rimsky-Korsakov and much admired by Tchaikovsky, invokes a quote from Lermontov and splices it to a narrative by Chekhov, a story entitled “On the Road.” The confrontation between an old, embittered man and vivacious young woman at an inn during a snowstorm captures the psychology of loss and hope, with Rachmaninov’s juxtaposition of short, spare motifs for the man and a flute to embody the aspirations of the woman. At the conclusion, according to Chekhov, a blizzard covers the old man until he resembles an isolated, neglected crag. Wistfully intense, this performance quite warrants the price of admission, if the already vibrant accompanying works had not convinced us. Echoes of the Philadelphia Orchestra strings resonate once more, by way of the 1912 wordless song, the Vocalise, which by now requires no justification for its nostalgic poignancy.
http://www.audaud.com/2015/12/rachmaninov-symphony-no-3-capriccio-on-gypsy-themes-symphonic-dances-the-rock-vocalise-orch-de-paris-paavo-jarvi-erato-2-cds/
Posted by Primavera at 12:54 PM No comments: