A debut and a substitution in the same concert: it happens not very often that a debutant plays with another conductor than she or he has expected and already long ago counted upon. It befell the Latvian violinist Baiba Skride at her debut with the Royal Concertgebouw Orchestra in Amsterdam when the injured Andris Nelsons was replaced by Paavo Järvi. For Järvi meant a successful return to the RCO after eight years. For Skride – an unexpected chance to play Benjamin Britten’s Violin Concerto with the conductor who has already proved to be the best choice possible for this composition. Järvi’s recording with the Dutch violinist Janine Jansen made Britten’s only violin concerto tremendously popular here in the Netherlands.
Järvi has acquired much experience since his last appearance here and the Chief Conductor of the Orchestre de Paris has just been appointed chief of the NHK Symphony Orchestra in Tokyo. He took over an unchanged programme and gave Baiba Skride just enough space for her own interpretation, which sparkled from the first note to the last. She demonstrated a gentle and sophisticated sound, impeccable technique and a rhythmic and intonational flexibility of phrasing. She added just the right dose of brightness and vividness to this irresistibly fickle concerto with its remarkable changes of tonalities and moods. Skride was lyric, resolute and even pithy – as was her pizzicato. Her thrilling pianissimos deserve a special mention, as well as an impressively played cadenza which connected the various themes from the concerto's first two parts with the variations of the Passacaglia: Andante lento. In her peerless interpretation, Skride was ably assisted by the orchestra.
After the interval the Royal Concertgebouw Orchestra moved with the same ease from pure sounds and intense colored moods of Britten to Ravel. The world of classical purity, dreams, finesse and inevitable dissonance resonated in the six parts of Le tombeau de Couperin. And the world of ancient Greece, dreamed by the French painters of the 18th century, was portrayed with the brightest colours and rhythms in the second Daphnis et Chloé suite. Under the baton of Paavo Järvi, the RCO recreated this ‘choreographic symphony’ with boiling passion right up to the final “Danse générale”. These glowing performances of Britten and Ravel needed just this kind of finale to close an evening which turned out to be beyond all expectations.

https://bachtrack.com/fr_FR/review-skride-jarvi-royal-concertgebouw-amsterdam-december-2015
Posted by Primavera at 4:57 PM No comments: 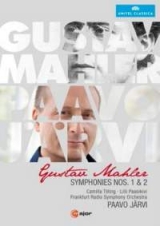 In Mahler’s First Symphony, structure, sound and emotion are held in a good equilibrium by conductor Paavo Järvi, but except for the final minutes, the performance lacks the very exceptional momentum. The Second symphony has a lot of power, incredible delicate moments and the overall impact is just miraculous.

http://www.pizzicato.lu/jarvis-mahler-zyklus-beginnt-mit-spannenden-interpretationen/
Posted by Primavera at 4:54 PM No comments:

http://www.pizzicato.lu/aus-dem-notizbuch-eines-rezensenten-dvd-kurzkritiken-von-remy-franck-folge-8/
Posted by Primavera at 4:52 PM No comments: 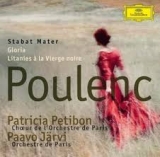 In her fine, light and refreshing performances Patricia Petibon matches the bright if not humorous character of Poulenc’s music. Her colorful and flexible singing is a pure delight!

http://www.pizzicato.lu/packender-poulenc/
Posted by Primavera at 4:50 PM No comments:

A bumper review this week – Estonian conductor Paavo Järvi’s complete Nielsen symphonies with the Frankfurt Radio Symphony Orchestra, released to mark the 150th anniversary of the composer’s birth. Listening to these has been a mammoth task, but by no means an arduous one – some of these works were new to me and it’s been a pleasure to make their acquaintance.

Although none of his symphonies lasts much over half an hour, there are still six of them – so I hope you’ll forgive me for picking out a few particular highlights that show both Nielsen’s gift as a composer and Järvi’s as an interpreter.

The relatively little-known First Symphony is in many ways quite Brahmsian, though already shows foretastes of Nielsen’s bold, progressive style. Järvi’s musicians respond sensitively to the soaring tutti phrases of the opening, and his wind principals start as they mean to go on with several flawlessly-executed solo passages – listen out for the striking contrary-motion chromatic scale midway through the first movement! Nielsen at his unpredictable, irrepressibly unorthodox best.

By contrast, the “Four Temperaments” symphony is fairly often performed. Its slow movement (depicting Melancholy) is one of Nielsen’s most beautiful compositions – rising to some terrifically tragic climaxes, and putting the spotlight on the glorious sound of the horn section before the cheerful Sanguine finale restores an upbeat mood.

Nielsen seems to have a particular affinity for waltz-inspired writing – several of his movements lean towards this form, for instance the first movement of the Third Symphony. This opens in chaotic mood, but after several false starts and diversions a stirring (and it must be said, extremely hummable!) waltz manages to emerge – a true Big Tune that sweeps all before it and that the orchestra audibly relish.

Symphonies 4 and 5 form something of a pair – both written under the cloud of war and both featuring fairly overt musical responses to it. The Fourth features a “duel” between two sets of timpani, placed antiphonally on either side of the stage – a truly thunderous combat which, under Järvi’s baton, with the strings shrieking away and even the trumpets struggling to make themselves heard over the din (yes, really!), has a real sense of violence to it.

The Fifth takes this idea even further with a uniquely disruptive, out-of-time cadenza for the snare drum. Towards the end of the second movement, the player is instructed in Nielsen’s own words to play “as if at all costs he wants to stop the progress of the orchestra”. It’s a striking technique, and extremely effective here – the balance of volume between the orchestra and the drummer has to be just right in order for the interruption to be invasive but not overpowering, and it’s a balance Järvi strikes well.

After these warlike works, the final symphony represents a move into the realms of anarchic humour. The bizarre, jumbled second movement for wind and percussion is particularly tricky to bring off, as the writing is quarrelsome and counter-intuitive, with little harmony or indeed melody to latch onto. It’s speculated that this is Nielsen poking fun at the musical community of his time, with various composers and schools stubbornly going their own way; at any rate, it’s certainly a disorientating experience, and it’s a relief when the strings restore some lyrical sanity in the third!

It seems a great injustice to say so little about these fascinating works. I’ve had to gloss over a lot of really glorious music – all six are very much worth listening to, and I can’t think of a better navigator than Paavo Järvi to guide the ear through Nielsen’s changing symphonic languages.

Posted by Primavera at 4:44 PM No comments:

http://www.kul.ee/et/uudised/eesti-pillifond-loob-eesti-interpreetidele-voimaluse-vaariliseks-eneseteostuseks
Posted by Primavera at 4:42 PM No comments:

http://m.tagesspiegel.de/kultur/janine-jansen-im-konzerthaus-poeten-wie-wir/12665644.html?utm_referrer=https%3A%2F%2Fwww.google.de%2F
Posted by Primavera at 8:36 AM No comments:

http://www.classicalmusicnews.ru/articles/paavo-yarvi-dirizher-goda/
Posted by Primavera at 8:34 AM No comments:


Paavo Järvi conducts Rachmaninov - Symphony No.3, Symphonic Dances, The Rock, Caprice bohémien, Vocalise [Orchestre de Paris; Erato]
Reviewed by Colin Anderson
These are excellent and engrossing accounts of early and late Rachmaninov opuses, a cross-section including the Caprice on Gypsy Airs, here soulful and scintillating, with brilliant timpani descriptions at the opening, and full of enchanting atmosphere and with richly lyrical clarinet and flute solos over shimmering strings. Also included is The Rock, inspired by Lermontov's poem, or maybe it was Chekhov's story, On the Road, for Rachmaninov confided to the latter writer it was indeed his tale that had motivated the composition. Whether concerning a flyaway cloud, a lonely crag or Chekhov's disillusioned traveller, the invention itself is certainly illustrative. From the brooding depths and with much sun-hazed colouring, the music's delicate textures, drama and final sense of tragedy are given full value.
As for the late, great masterpieces that are the Symphony No.3 and the Symphonic Dances, the latter is specified an exceptionally impassioned outing, notable for incisive detailing and vivid projection, but there is subtlety and intimacy, too. Paavo Järvi ploughs ahead in the first movement, and the bittersweet central section, introduced by a saxophone, is deeply affecting, as is the broad expanse of the coda. Written for Eugene Ormandy and the Philadelphia Orchestra (they made a never-bettered recording of this swansong for CBS), Järvi and his Parisian forces run that august team close, whether in the macabre machinations of the second-movement waltz or the volatility of the Finale, which here is a real rollercoaster of a ride, a gamut of sensations rubbing shoulders with solemn chant and intense reminiscences. Järvi, through telling tempos and their relationships leaves in no doubt of Rachmaninov's white-hot frenzy, and the ultimate cut-off is, like Ormandy's, brutal, whereas many conductors allow the gong to sound for numerous seconds and die away.
Both the Dances and the Third Symphony are marvellously scored, something the Paris Orchestra and Järvi relish, and they also dig into emotions and energies. The Symphony also has Philadelphia connections, the premiere given there in 1936 under Stokowski and followed by a composer-conducted recording. It's a kaleidoscopic and imperishable work, in its unpredictability, beauty, power and sorcery. Järvi gives it an ebb and flow, avoiding mannerisms; he observes the first-movement exposition repeat (which the composer passed over) and goes on to capture fully the music's depth of feeling and, in terms of creation, sheer virtuosity.
Placed last on the second disc is the (an) orchestral version of the Vocalise, heartfelt and touching, to close a very distinguished release made from concerts, applause removed, documenting interpretations that really get inside all the music here and offers further illumination of it. In terms of the major pieces here, and with glowing and tangible sound quality (a pertinent complement to the music-making), Paavo Järvi's versions jump straight into the 'among the very best' category.

Posted by Primavera at 8:31 AM No comments: