Walking through Yoyogi Park to get to NHK Hall in warm and muggy weather on Saturday afternoon was a sweaty affair, so it was a relief to settle down to the cool composure of Paavo Järvi as he raised the baton in a programme of works by Schumann and Schubert. It’s a mark of his mastery that with the least fanfare he delivered an afternoon of superb musicality without second guessing the composers’ intentions. 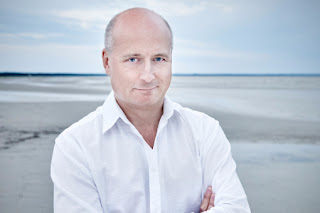 Much as Beethoven’s reputation as a composer dwarfs that of Schumann, they both attempted only one opera. Schumann’s Genoveva, which does not regularly feature in performance nowadays apart from the overture, is based loosely on the medieval tale of Genevieve of Brabant who was wrongly executed by her husband for adultery. Genoveva initially received a poor reception which seems to have persisted. Yet the overture is an elegant and imaginative work. Although the Genoveva overture by itself is not enough to rescue Schumann from criticism of his “dense” orchestration, Paavo Järvi showed what a thoughtful performance could do to showcase the composer’s talents. The polished but subdued tone of the strings in the NHK Symphony Orchestra also helped to reduce their dominance. The opening was sombre and heavy, a prescient suggestion of the tragic fate that would befall the protagonist Genoveva, but the clarinet was able to break through with a speck of brightness. The horns were prominent in a beautifully shaped section of radiant lightness that followed an impassioned plea. The trombones brought the work to a close in a glorious celebration of Genoveva’s innocence.

Schumann’s Cello Concerto in A minor received no better acceptance than Genoveva, and he had difficulty drumming up interest among performers and publishers alike. Through the years it has become fashionable for performers to have their own opinions of what Schumann intended, to the extent of ignoring the score. The pinnacle of disrespect must have been Shostakovich’s attempt to improve its orchestration. It was refreshing to hear Tanja Tetzlaff and Paavo Järvi give a moving and insightful account of the work without resorting to unnecessary modification or embellishment. Above all, Järvi’s sensitive handling of the orchestral parts made the performance a true collaboration between orchestra and soloist. He tamed an orchestra of Brahmsian scale to give a Mozartian effect. The pace of the outer movements was brisk and lively, and the soloist was eloquent and expressive. As the lush and polished strings laid a bed of feathers, the horns chimed in to add colour to the emotion. Pizzicato strings remained in the background in the second movement, and the soloist was goose pimple-inducing in her evocative treatment of the heavenly, beautiful melody.

It was fitting that Schubert’s “Great” C Major Symphony should follow the works of Schumann. It had laid in obscurity for ten years after Schubert’s death before Schumann rescued it and sent it to Mendelssohn for its first public performance. Like many of Schumann’s own symphonies, the “Great” has had its fair share of criticism, for being too long with repetitive sections, namely. The NHK Symphony Orchestra put paid to these criticisms in a riveting performane of unusual clarity and integrity. The structure of the work and its full range of orchestral colours were unambiguously explained with poise, finesse and drive.

The strings were firm and resolute after the short horn call in the opening movement, as the pace changed into a light, bouncy rhythm when the material developed further. After a few twists and turns, the brass came out in full force to bring the movement to an emphatic close. In the Andante second movement, a haunting tune on woodwinds led by the oboe overlaying a march bookended a lightly lyrical middle section, quietly introduced by the horns. Rapid fire strings launched the Scherzo without a break, their soft and rich tone coming to the fore. A stately dance morphed into a lighter skip which, dare I say it, showed Straussian characteristics. The rapport between conductor and orchestra was so good that at one point hardly noticeable head movements were enough to keep the action going. Ardent strings and brass that opened the final Allegro vivace gave way to woodwinds heralding a cheerful detour, but a fanfare on trombones, despite being rudely cut short at first, kept up the pressure and brought the movement to a rousing close.

Not quite satiated after fifty-five minutes of sheer delight, the audience brought Paavo Järvi back five times with uproarious and uninterrupted ovation.

Posted by Primavera at 7:13 AM