What a difference a year makes. Last July, I was basking on the white sands of Pärnu, Estonia’s summer capital, dotted about with spa hotels and pretty dachas. I was there to attend Paavo Järvi’s labour of love, the Pärnu Music Festival. With international travel the last thing on my mind in the wake of Covid-19, it is still possible to enjoy this summer’s festival tenth edition from a safe distance, with all the concerts streamed on its website, along with the Järvi Academy conducting masterclasses. 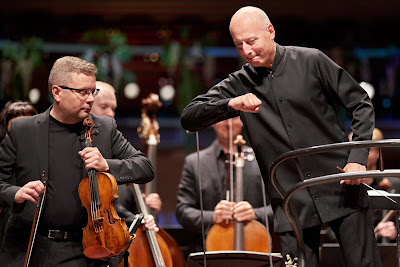 Rather than starting with a fanfare, the festival began with a moment of sombre reflection, Arvo Pärt’s Cantus in memoriam Benjamin Britten perhaps acting as an elegy to those who lost their lives in the pandemic, the Tallinn Chamber Orchestra strings digging deep into Pärt’s sustained lines.

By the time the world shut down in March, we were already deep into Beethoven’s anniversary celebrations, perhaps wondering if we’d tire of yet another symphony cycle by the time we reached his actual 250th birthday come December. Most of those plans were aborted, but his music is gradually reviving European concert halls. No symphony cycle here in Pärnu, but two (almost) Firsts in this concert: the First Symphony and the First Piano Concerto.

The Piano Concerto no. 1 in C major was actually Beethoven’s third, but the first to be published. It begins with a long orchestral exposition, which allowed plenty of time for pianist Kalle Randalu to survey the landscape Järvi had chosen for their course – only to seemingly reject it. Where the TCO offered a brisk, muscular opening, Randalu was in no hurry, immediately slamming on the brakes at his initial entry. His articulation was admirably precise, but this was a ruminative journey, short on surprises. The first movement cadenza had an almost Mozartian quality, lovingly played. The Largo was unhurried and there was no rushing at fences in the Rondo finale, although Beethoven’s theme is so perky it couldn’t help but raise a smile, the interplay with the orchestra – Randalu often swivelling around on his piano stool – good-natured. His encore, a little Mozart march, was whipped with the lightest of hands. 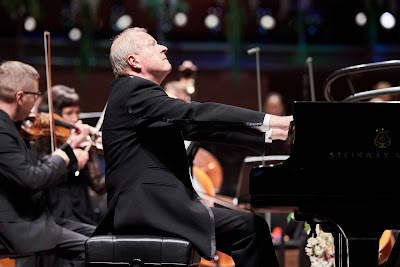 The highlight of the concert was definitely the First Symphony. This was tousle-haired Beethoven, a young firebrand keen to upset the symphonic applecart, posing questions right from the opening chords. The Tallinn Chamber Orchestra may have sported only twenty string players, but what effervescent impact they made, full of grit, the pair of double basses nestled in front of the horns and flutes. Järvi’s conducting style is the epitome of less-is-more, minimal gestures, no grandstanding, but there was still tremendous impetus to the first movement’s Allegro con brio.

With hard sticks, the timpani thumps injected the subversive Minuet with vigour – Beethoven never invited anyone to dance to this music – and after the Trio, Järvi steered a neat accelerando back into the reprise. And the teasing opening to the finale positively grinned, eventually humming along at speed. There was further punch in the encore, the overture to The Creatures of Prometheus signalling there’s plenty more fire in Beethoven’s belly this year.

This performance was reviewed from the video live stream.

https://bachtrack.com/review-video-paavo-jarvi-randalu-tallinn-chamber-parnu-festival-july-2020
Posted by Primavera at 4:45 AM