Re-imagined programme to be performed for audiences of 300 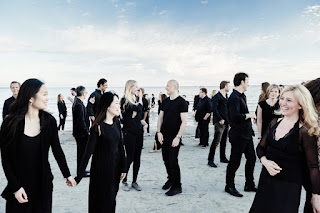 
The latest summer festival to announce that it will be performing live concerts to an audience is Estonia’s Pärnu Music Festival.

The festival’s 10th anniversary season will still go ahead from July 16-23, albeit with a re-imagined programme, yet to be announced. However, there will be a full week of concerts for an audience of approximately 300, with each concert live-streamed. The focus will be on Estonian artists, both young and established, and music will feature works by Estonian composers Lepo Sumera and Tõnu Kõrvits, including a premiere by the latter. Conducting master-classes will also be streamed live.

‘I am ecstatic that we will be able to celebrate the 10th anniversary of our festival in Pärnu’, said conductor Paavo Järvi. ‘Even though the musical celebrations will be smaller than originally planned, the spirit of Pärnu will compensate one hundred fold and I cannot wait to return to one of my favourite places to be reunited with so many friends on stage.

https://www.gramophone.co.uk/classical-music-news/article/parnu-music-festival-latest-to-announce-live-concerts?fbclid=IwAR0NPAMPZn8olnjdh6fm3B4XEDhxGUG35FDQNak1W821oEFh8TXXYqkGKBk
Posted by Primavera at 7:34 PM