Great Music in a Great Space

Paavo Jarvi and members of the CSO performed a concert in honor of Archbishop Daniel E. Pilarczyk at St. Peter in Chains Cathedral to a standing-room-only crowd on Sunday. Awadagin Pratt, professor of piano at CCM, was soloist in Bach’s keyboard Concerto No. 4 in A Major, and Jarvi conducted music of Bach and Arvo Part.

It all came about, Jarvi told me earlier, when he attended a concert there with an Estonian choir, met the Archbishop and discovered that his favorite composer was Bach…

The Cathedral, which seats 1,200, was estimated to have 1,400 attendees for the free event. Photos are by Philip Groshong for the Enquirer. 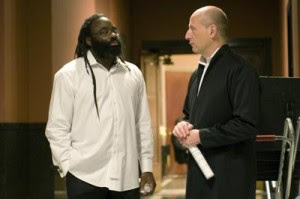 Awadagin Pratt and Paavo Jarvi catch up before the concert 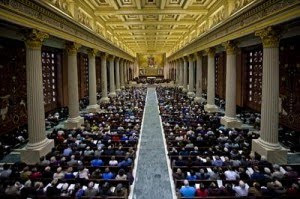 A huge crowd mobbed the cathedral 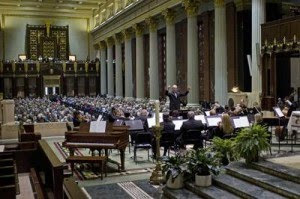 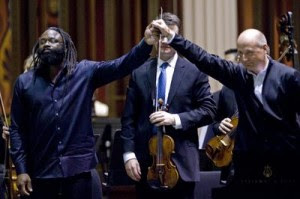 Posted by Primavera at 4:54 PM